The Home Builders Association of Greater Springfield awarded outstanding builders and associate members for a variety of accomplishments at its annual Awards Banquet on Tuesday, September 15 at the Clarion Hotel. 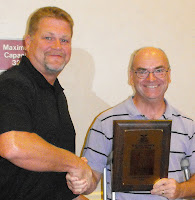 HBA Builder Member of the Year – Sam Bradley, GMB, CGR, CGP, Sam Bradley Homes.
Sam Bradley is a second generation builder in the Springfield area. He currently serves on the HBA Board of Directors and is a past Board President. This is Sam’s second time receiving the Builder Member of the Year Award – he was selected for this honor previously in 1998. Sam Bradley Homes was the official builder of the 2009 St. Jude Dream Home in Lions Gate subdivision. This collaborative project of the HBA’s Charitable Foundation raised several hundred thousand dollars for the children’s research hospital. (Sam donated his services and received no compensation for building the home.)

Sam currently chairs the HBA’s Green Building Committee. He is also an HBA Hall of Fame Inductee. A recognized leader in green building, in 2007 Sam completed the HBA’s office building in-fill as a green building demonstration, the first local project built to the National Association of Home Builders (NAHB) Green Building Standards. Sam is a life director of the NAHB board of directors and a board member for the HBA of Missouri. Also a local leader in professional development, Sam has attained several NAHB professional designations: Graduate Master Builder, Certified Graduate Remodelor™ and Certified Green Professional.

HBA Associate Member of the Year – Lee Beaman, Beaman Electric
Lee Beaman currently serves on the HBA Board of Directors and is chairman of the Membership Committee. With more than 25 years in the electrical construction industry, Lee serves as president of Beaman Electric which employs approximately 40 people including several master electricians. He provides volunteer leadership and support for a number of HBA events including the state Legislative Day in Jefferson City and Green Product Showcase Night. Beaman was recently chosen by the National Federation of Independent Business to serve on its 26-member Missouri Leadership Council. In that role, he assists with developing NFIB’s statewide agenda to support small businesses in Missouri. 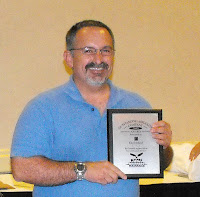 HBA Associate Company of the Year – Kitchenland U.S.A.
This successful Nixa-based small business is known for its self-proclaimed, “slightly obsessive” approach to kitchen cabinetry. Peers say that company founder Brad Shrock is often the first to volunteer goods and services for charitable projects. Kitchenland U.S.A. is a sponsor of many HBA events such as the Belt Sander Races and a frequent participant in HBA activities.

HBA Education Partner of the Year – State Representative Eric Burlison, District 136
Rep. Burlison approached the HBA to partner on an educational project to help provide his constituents with useful information regarding the “Return On Investment” for a variety of energy efficiency related home improvement projects and products/equipment. Once the research was complete, Rep. Burlison developed an informational bookmark containing that information as well as additional resources which he will personally distribute to homeowners in his District.

HBA Ambassador of the Year – Sam & Michelle Clifton, Millstone Custom Homes
(HBA members submitted nominations. Awards Committee selected the recipient): Sam and Michelle are active members of the Association. Sam currently serves on the Board of Directors and executive committee as Secretary. Michelle is a past board member of the HBA Charitable Foundation. Millstone Custom Homes have been featured in the HBA Parade of Homes and are well-known for their incredible craftsmanship and quality. In June of 2009, Millstone Custom Homes was approached to build a home for the ABC television show Extreme Makeover: Home Edition. Sam and Michelle embraced the opportunity to help a worthy family in Greene County and led a highly successful, uncompensated project – building a home in one week which under normal circumstances would take at least six months.

HBA Committee Member of the Year, Company – Meek’s – The Builder’s Choice
(nominees submitted by various HBA committee chairs, recipient chosen by the member awards committee):
Meek’s is a sponsor for a number of HBA events throughout the year and has been instrumental in a number of large charitable projects during the past year. Meek’s employees currently serve on every committee of the HBA.

Most Involved New Member, Individual – Jason Bekebrede, Monticello Homes
(a new member is someone who has been a member of the HBA for less than 18 months. Nominees were submitted by various HBA members, recipient chosen by the member awards committee):
Jason is a home builder and has been an active member of the HBA’s Green Building Committee and participated in ’09 Legislative Day. One of Jason’s homes was also featured in the 2009 HBA Parade of Homes.

Most Involved New Member, Company – Insul-Tech Spray Foam
(a new member is a company that has been a member of the HBA of Greater Springfield for less than 18 months. Nominees were submitted by various HBA members, recipient chosen by the member awards committee): Insul-Tech has already sponsored and participated in a number of HBA events such as Legislative Day and exhibited in the HBA Home Show and Remodeling Expo. All employees have volunteered at events.

HBA Charitable Foundation Volunteer of the Year – The Kisling Family
Builder Scott Kisling and his family are at the heart of many HBA events and charitable projects. Scott is a member of the HBA Charitable Foundation (HBACF) Board and a past chairman. He built the St. Jude Dream Home in 2007, the first year of the collaborative project between St. Jude and the HBACF. Scott’s wife and two sons – Cindy, Zachary and Michael – have volunteered on all three St. Jude Dream Home projects. From clean up days to building retaining walls, they have been tireless in bringing these projects to fruition. Cindy also helped out with the Dream Home telethons for the past three years, as well.

CBBT Volunteer of the Year – Mike Benna, Meek’s Design Center
Mike Benna currently serves on the HBA Board of Directors, the Government Affairs Committee and chairs the Sporting Clay Tournament Event Sub-Committee. He is also the recipient of the Committee Member of the Year – Individual Award this year.

HBA Hall of Fame Inductee- Chris Torrisi, formerly of National Home Products
 Each year, the Past Presidents of the Home Builders Association meet to consider HBA members who have committed a lifetime of service going above and beyond the call of duty. These are recognized as the individual and company Hall of Fame inductees of the year.
 Chris Torrisi was the longtime owner of National Home Products in Ozark, until recently selling the business to his longtime employees, Monica and Andy Jenisch.
 National Home Products was inducted as a company into the HBA Hall of Fame in 2006
 In his years as an HBA member, he served on countless committees and councils. He is a past chairman of the Associates Council. He supported the political action committee and charitable foundation with time and finances.
 Chris Torrisi is the only HBA member ever to receive the Associate Individual of the Year Award on two separate occasions (1989, 2001) and the Associate Company of the Year Award in another year (1999).

For the following awards, HBA members submitted nominations and the Member Awards Committee selected the winner.
Administrative Support Person of the Year – Lisa Flint, HA Construction This award recognizes outstanding performance in an administrative support role for an HBA member company. Lisa embodies the word “commitment”. She provides support to every function of the company – and her fellow employees believe she is a “key player” in their success. An efficiency expert, Lisa is always improving internal procedures to save time and money. There have been times when she has worked late into the night to make certain employees had the resources they needed to make critical deadlines. She is also the touchstone for the company’s integrity and professional character. According to her husband and business partner Andy, not only does she do the job of 10 people at the office, she is also a great mom to their two teenage sons and “10 year old drama queen.”

Manager of the Year – Debbie Speake, Beaman Electric: This award recognizes outstanding performance by a management-level employee of an HBA member company. Debbie’s responsibilities involve her in every facet of the business – from bookkeeping to insurance and answering calls to dispatching personnel as needed. While one of Beaman’s employees was called up to serve in the military, Debbie stepped in and became an expert on parts used in the field on a daily basis. Her extra effort has helped make certain the technicians receive the proper parts in a timely manner while that position remained open for the employee’s eventual return. Debbie also volunteers her time and helps the industry through the Springfield Contractors Assn. and National Association of Women in Construction.

Foreman of the Year – Richard Goodman, Beaman Electric: This award recognizes outstanding performance by a job foreman for an HBA member company. After starting at Beaman Electric, Rich Goodman put in his time as apprentice and eventually got his Journeyman’s license. He quickly moved up, becoming a preferred technician for larger and complicated projects. Eventually he became an outstanding Project Manager for the company – not only are his technical skills outstanding but he does a tremendous job communicating with contractors, subs and fellow employees. He gives a great deal to his family and community – coaches his sons’ teams, sits on the Habitat for Humanity board and is always the first to volunteer for charitable projects.

Salesperson of the Year – Grant McCune, Missouri Insulation & Supply: This award recognizes outstanding performance in sales on behalf of an HBA member company. For more than a decade, Grant McCune has been an integral part of Missouri Insulation & Supply’s success. A highly effective salesperson, Grant’s knowledge and technical understanding of the company’s products have served his customers well – keeping them ahead of the game in every respect. As MIS has expanded, Grant’s dedication to his job has translated into an unparalleled level of expertise on a wide range of products – from insulation to fireplaces to siding, and more. After 13 years of loyal service, Grant’s customers consider him not only their MIS salesperson, but also a good friend.

Supplier of the Year – Metro Builders Supply: This award recognizes an HBA member company for outstanding service to builder members and the home building industry in supplying products and materials essential to home building. Metro Builders Supply is a highly professional organization which also offers a very personal touch in its sales and service departments. The company’s tag line has proven true over and over – they are the “home appliance specialists”. Metro invests in its staff and they are well-educated about the products they sell and service. They are well-informed about Energy Star ratings and other “green” features as well as manufacturer sustainability practices. As one nominator put it, they “are always willing to go the extra mile to inform us” about their products.

Media Partner of the Year – KY3: This year, the award recognizes the continued innovation and effectiveness of the Focus on Home advertising and branding program in partnership with KY3. It is a high profile benefit to members. It’s made a significant impact in educating the public about the HBA and its members who are required to carry consumer protecting general liability insurance and state required workers compensation insurance.