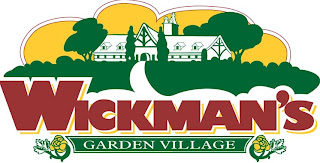 December 7th, 1959 was the first day Glenn Kristek reported to work at Wickman’s. 50 years later, Kristek is usually the first to arrive every morning and one of the last to go home at night.

“Simply stated, I could not have asked for a greater person to work for. In the 25 years I’ve worked with Glenn his work ethic and integrity have never wavered. In trying situations his calm, cool approach has always been an inspiration and example. I look forward to the next year as much as I did the first year,” said Jim Simmerman. “I wish Glenn and his great family the best for many more years. Thanks for all you’ve done Glenn!”

Wickman’s Garden Village has been a part of the community since 1922 and grown from a small nursery to a multi-department village which includes the Saltbox Gift Shop, In-House Boutique, over 20,000 sq. feet of greenhouse space, landscaping and irrigation services and much more. Throughout those 87 years, Wickman’s Garden Village has provided the Ozarks with everything from eye-catching flowers to stylish interior decorations.

Does your HBA member company have important news to share with fellow members? Send your news releases to jennifer@springfieldhba.com or fax to 417.881.7334.