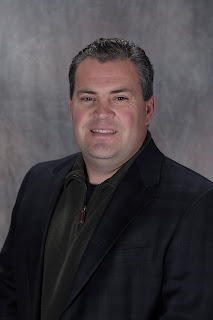 Home builder Sam Clifton (Millstone Homes, LLC) this week announced his candidacy for mayor of Nixa. Clifton is one of four candidates to file as a candidate for mayor. The election will be held April 6, 2010. Clifton is a member of the board of directors of the Home Builders Association of Greater Springfield, where he currently serves in the office of board secretary. He was thrust into the public spotlight last year when he and his wife Michelle accepted the invitation to lead a massive building project for the ABC network’s popular Extreme Makeover: Home Edition television program when a family from Fair Grove was selected to receive a new home. The project was unlike any normal construction project in scale and timeline. Under the Cliftons’ leadership, the deserving family received an outstanding new home, that even was finished ahead of its ambitious six-day schedule.

In addition to owning and operating a successful home building business, Sam and Michelle Clifton are actively involved in the Nixa community and as supporters of the Nixa school system. Civic and business leaders in the community urged Clifton, who has never held elected office to consider running for mayor based on his natural leadership abilities, his reputation for integrity, and his passion for the city in which he lives.

Former alderman Tom Maher also threw his hat into the ring as a candidate for the Nixa board of aldermen. Maher is a past member of the HBA of Greater Springfield board of directors and manages the Nixa yard for Meek’s – The Builders’ Choice. Maher is a proven asset to the Nixa community whose track record as an alderman is one of being pro-growth, pro-small business, and pro-consumer.