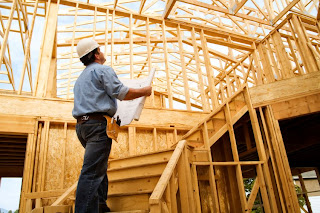 Earlier this fall, Association President Kevin Clingan was tapped to serve on a statewide task force looking at the health of Missouri’s housing industry and considering potential legislative proposals which would stimulate the industry.

The Task Force most recently met in late October. Chairman Ken Stricker requested comments on the seven original issues outlined by the Task Force at their September 16th meeting. The issues of interest included:

Eric McClure, Director of the Missouri Division of Finance provided remarks on the current banking crisis on a national level and noted that his division has little power to loosen lending regulations. McClure stated that the FDIC (Federal Deposit Insurance Corp.), OCC (Office of the Comptroller of Currency) and Federal Reserve Bank have strict regulations that all lenders must comply with. McClure stated that the Congress has recently increased the FDIC insurance on deposits from $100,000 to $250,000 and this should ease many of the consumer fears on bank closures. McClure believes that the sub-prime lending practices have caused many of the problems associated with the tightening of credit, but believes Missouri’s banks are well capitalized and sound.

McClure noted that Missouri’s appraisal industry is currently faced with a massive challenge in placing a value on property that has no market at this time. Due to market-value accounting it has become very difficult to determine a property’s worth, which negatively impacts banks. McClure responded to a question and stated that his agency has not mandated that all banks with delinquent loans require a new appraisal.

Several home builder members of the task force noted their concern that lenders were squeezing builders and subjecting them to difficult financial decisions. McClure mentioned that the US Treasury is currently working on a program to put capital though preferred stock in banks to hopefully provide banks more money to lend out. McClure stated that Missouri banks cannot lend money beyond a calculated formula of their total deposits.

The Task Force has scheduled their next meeting for Wednesday, November 19th at the State Capitol. Invited guests will include the Missouri Department of Natural Resources and the Federal Reserve Bank of St. Louis. If you have questions or would like to share information with Kevin Clingan prior to that meeting, you can email him by clicking here.