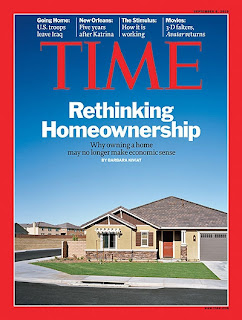 The sobering theme of National Association of Home Builders Fall Board of Directors meetings last week in New York is that housing as we know it is under direct attack by the federal government. The Mortgage Interest Tax Deduction that millions of home buyers have counted on since 1913 is on the Congressional chopping block.   The recently-signed Small Business Jobs and Credit Act saw AD&C (Acquisition, Development & Construction) finance relief pulled out in the 11th hour.  That provision of the original bill would have eased credit restrictions that have crippled efforts to re-start the near dead housing industry (In 2009 we built the fewest number of homes in any one year since World War II – and 2010 is only marginally better).

Over the past 70 years, every recession that our nation has survived was led into recovery by the return of a robust housing market.  Our current government leaders have made it clear that they do not support housing growth, and in fact are implementing federal policies to deter what they call “urban sprawl.” A recent article in Time Magazine (The Case Against Homeownership) predicts and supports a complete paradigm shift in our industry.  Obama administration officials have made clear their belief that our society needs to move towards a larger population of  high density, center city renters, and has promised to use regulatory pressures to “encourage” such change.

With increasingly tougher lending regulations, the projections are that large volume builders with publicly traded stock will increase their usage of this alternate source of revenue. That will allow them to circumvent the much of the need for more traditional funding methods.  These large volume builders held a 22% market share when the recession began. Many are predicting their market share to be anywhere from 40% to 70% when recovery arrives.

Have I discouraged anyone?  Made anyone angry?  Well, the good news is that – here in the Midwest – we have more hope than most.  What happens on both coasts need not become our fate here.  The so-called “national housing market” varies widely from one part of the country to another. And, particularly in real estate, all markets are local. Nearly 70% of all foreclosures nationwide occurred in just 11 local housing markets (none of them right around here, by the way).  NAHB Chief  Economist David Crowe predicts that, nationally, we should see a slow but noticeable increase in housing starts in 2011. He cautions that we will not reach normal nationwide levels (like those in the early part of this decade – 1.5 to 1.7 million starts) until late 2013.  Notably, he indicated that the middle states will rebound the quickest; and that some areas in the Midwest will be among the very first to bounce back.

The Greater Springfield Area appears poised to be one of those early recovery markets. Our own MarketGraphics data is telling us that new home inventories are now at shortage levels on many parts of the local market. And buyers are returning to the new home marketplace. Housing starts here are up over last year, indicating the worst may be behind us. And no less than Forbes.com recently listed Springfield, Missouri in its “Ten Best Places to Invest in Real Estate.”

Still, for better or worse, national economic realities and federal government actions affect us along everyone else.  Be thankful that NAHB is our strong advocate in Washington, D.C., and rest assured that we are fighting tooth and nail to protect and promote the American Dream of Homeownership. Our NAHB leadership team has met three times this year with Federal Reserve Chairman Ben Bernacke, and held nearly 800 meetings with others in the Capital – and our push for AD&C relief (HR 6191) is gaining momentum in Congress.  The battles are ongoing and we continue to need your support with your personal lobbing efforts with our Representatives and Senators in Washington. And we need your help to fund BUILD PAC to engage politically at the federal level. NAHB will continue to fight our battles on Capital Hill. We need to do our part politically to support those efforts.

With the mid term elections only weeks away we can send a strong message to Washington by helping to finance the campaigns of those who are support small business and free enterprise principles. Support those candidates understand that economic recovery depends on the return of our housing and construction industries – industries that even now are aching to grow.  Your HBA membership and your involvement in the process has never been more valuable or more critically important to our future. Stand strong. Take action. VOTE on November 2.